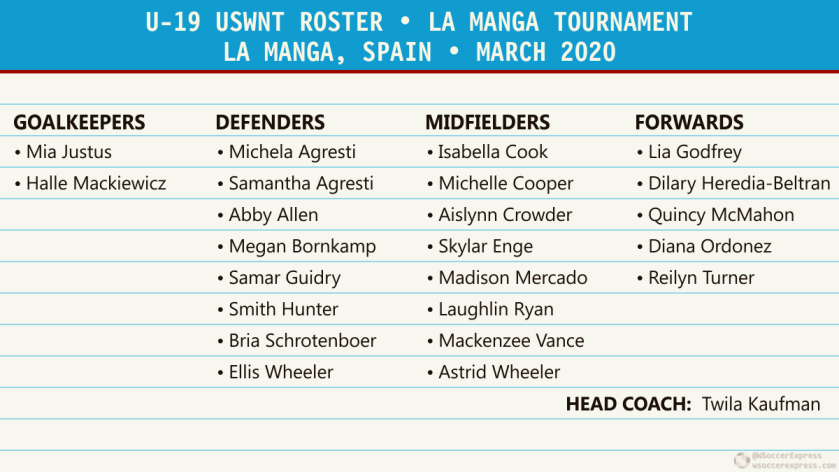 In March, the Under-19 United States Women’s National Team will be back in action for the first time since 2018, as 23 players – fourteen born in 2001 and nine born in 2002 –have been called up for a friendly U-19 tournament at the La Manga resort in Spain where the USA will play their age counterparts from England, the Netherlands, and Sweden.

For this camp, the U-19 USWNT will be led by current Houston Dash assistant head coach Twila Kaufman (Dash profile), who was previously the head coach at the University of California, Davis (UC Davis profile). END_OF_DOCUMENT_TOKEN_TO_BE_REPLACED