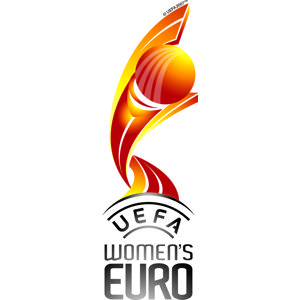 Qualifying for the 2021 UEFA Women’s Euro continues this week, with 31 matches being played this window, including 10 matches on Friday, October 4th and 17 matches on Tuesday, October 8th.  France and Spain, who both had byes in the first qualifying window, start their qualification campaigns with relatively easy opponents.

Format Summary:  Each group winner and the top three runners-up qualify for the final tournament, which is hosted by England.  The remaining six runners-up are paired in home-and-away playoffs for the final three slots.

See my 2021 UEFA Women’s Euro – Qualifying Group Stage Guide (PDF, 1.7MB) for more details, as well as a complete list of all groups, all matches, helpful schedule tables, and more.

The marquee match of the window is in Group “I”, with the Republic of Ireland hosting Ukraine on Tuesday, in a Pot 3 vs. Pot 2 match-up.  Both teams are vying for the runner-up spot in a group that should be dominated by powerhouse Germany, who first host Ukraine on Saturday, October 5th, before traveling to Greece for a Tuesday away match.

Another spotlight match involves Wales (Group “C”), who have already dropped points following their disappointing 2:2 draw against Northern Ireland in September, when the Home Nations rival equalized on the last touch of the match.  (Highlights)  Wales, who are currently ranked 33rd overall, face 52nd-ranked Belarus in a more-or-less “must-win” away match on Tueday.  A loss or a draw for Wales could open up a three-way battle for the runner-up spot with Belarus and Northern Ireland in a group that is headlined by Norway.

The Norwegians are in action twice this window, with two road matches:  First, facing Belarus on Friday before flying to the Faroe Islands for a match on Tuesday.  With last month’s retirement of veteran goalkeeper Ingrid Hjelmseth, 23-year-old Cecilie Fiskerstrand steps up into the first-choice ‘keeper spot.  (More Norway roster notes)

Women’s World Cup runner-up Netherlands travel to Slovenia (Friday), before hosting their main Group “A” rival, Russia, on Tuesday.  The Netherlands vs. Russia match is one of three matches this window where the top team in each group faces a team from the next toughest draw pot.  The other two Pot 1 vs. Pot 2 match-ups are the already-mentioned Germany vs. Ukraine in Group “I” and Spain vs. Czech Republic in Group “D”.

Spain, who recently lost to France 0:2 in an away friendly (match highlights), begin their qualification campaign at minnow Azerbaijan before returning to host the Czech Republic.  This window, Spain will be without Vicky Losada due to injury but gain Jenni Hermoso.  (Spain roster notes)

France does not begin their qualification campaign until Tuesday, when they travel to Kazakhstan.  Up first for France is a home friendly against Iceland on Friday (October 4th).  France will be without Amandine Henry who is unavailable due to injury.  Meanwhile, Corinne Diacre has recalled Marie-Antoinette Katoto to the squad for the first time since Katoto’s controversial exclusion from their WWC roster. (France roster notes)

In Group “F”, Sweden plays two matches, first away at Hungary, then host Slovakia in their first home match of qualifying. Sweden will be without one of their key veterans, Nilla Fischer, who sustained an ankle injury in August and is out indefinitely. (Sweden roster notes)

After this window, Sweden has no qualifying matches until April 2020.  In November, they will travel to the USA for a friendly against the USWNT.

Sweden’s main group rival, Iceland only has one qualifying match, playing the Pot 5 team, Latvia, on Tuesday.  Before that, Iceland travels to Nîmes to play France in a friendly on Friday.

In Group “E”, Scotland has no qualifying matches or friendlies scheduled this window, while its primary group rivals, Portugal and Finland, each have one match, with both playing Albania.  Portugal also hosts England in a friendly on Tuesday.

Update:  Also of note, the Kosovo-Russia match, scheduled for Friday, October 4th, has been postponed due to “security considerations.” (ProstInternational.com)

On Saturday, October 5th, 5th-ranked (tied) England hosts#11 Brazil for a sell-out match in Middlesbrough at The Riverside Stadium.  Then, England travels to Portugal for an away friendly on Tuesday.

The Lionesses will once again have the services of Jordan Nobbs available, following her months-long recovery from an ACL injury.  Jill Scott and Alex Greenwood also return after missing last window’s friendlies due to minor injuries.  Fran Kirby also returned after a minor injury, but she was withdrawn from the camp.

Two late changes to the roster are the addition of defender Gemma Bonner and midfielder Lucy Staniforth as injury replacements for defenders Millie Bright and Demi Stokes, who were both withdrawn from England’s camp.  (TheFA.com – 2-Oct-2019)

Update:  On Friday, two more changes were announced:  The withdrawal of Kirby and Abbie McManus, while “training player” Melissa Lawley has been upgraded to the gameday roster for the Brazil match. (TheFA.com – 4-Oct-2019)

The most interesting England call-up was for Stanford Cardinal standout and current Paris Saint-Germain defender Alana Cook, who was called in as one of three “training players.”  Cook, who was born in Massachusetts, attended a number of USA youth camps, including the most recent U-23 camp, where they traveled to England for the Nordic Cup.  (For more details, see the current Roster Round-Up article.)

There's a new face training with us this week. Get to know @whatz_Cookin!

For Brazil, Marta will be in camp for the first time under recently-appointed head coach Pia Sundhage.  (England and Brazil roster notes)

In November, Germany will travel to London to play England at Wembley Stadium.

Also, check out the new “UEFA Watch” category, which has all of the above articles in its archive.