As seen on Twitter, here’s a quick post with charts showing the birth year distribution for each team’s rosters at this year’s CONCACAF Women’s Olympic Qualifying Championship.

First up is a stacked bar chart showing the overall distribution, with each team represented by a unique color. Teams are roughly in order of oldest to youngest, based on each squad’s average and median age.

END_OF_DOCUMENT_TOKEN_TO_BE_REPLACED

After extended negotiations between CONCACAF and FOX Sports for a multi-year and multi-event deal (FOXSports.com), on Monday, FOX Sports announced their airing schedule for the 2020 CONCACAF Women’s Olympic Qualifying Championship, which starts on Tuesday, January 28th (a/k/a, “the next day”).

Every match of the tournament will be aired live by a FOX Sports network:  FOX Sports 1 (FS1), FOX Sports 2 (FS2), or FOX Soccer Plus.

END_OF_DOCUMENT_TOKEN_TO_BE_REPLACED 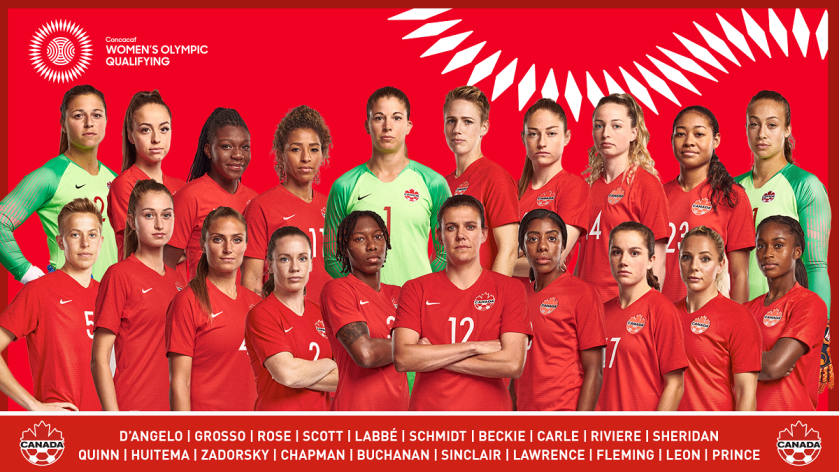 And, the award for the most consistent team roster goes to… Canada.

All twenty players on Canada’s roster for the upcoming CONCACAF Women’s Olympic Qualifying Championship were members of their 2019 FIFA Women’s World Cup squad, including every player who featured on-field for Canada in France.

Canada, who earned Bronze Medals in 2012 and 2016, will be hoping to qualify for its fourth-straight Summer Olympics.  Veteran forward Christine Sinclair is also hoping to make her fourth Olympics, while eyeing the career international goals record that is currently held by USWNT legend Abby Wambach. END_OF_DOCUMENT_TOKEN_TO_BE_REPLACED